CosyncJWT is a simple service that goes beyond the basics to deliver the features developers need.

MongoDB recommends JWT authentication as the preferred method for authenticating users into a MongoDB App Service. 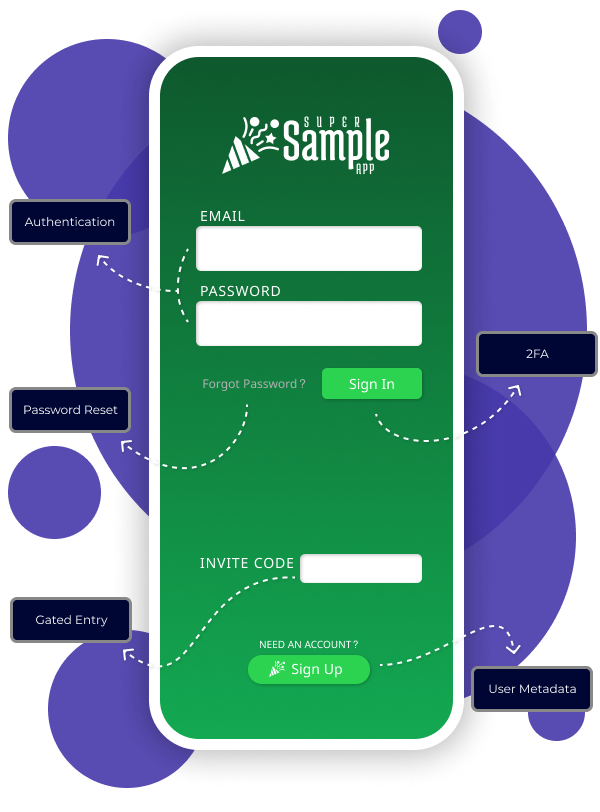 to get started fast.

For the best possible experience, MongoDB App Services suggests using a JWT authentication provider based on JSON Web Tokens. CosyncJWT allows you to quickly implement JWT authentication with all of these additional features built right in.

Collect names, demographic info, phone numbers, emails, or anything else you want at registration and pass this info along to App Services with metadata unique for your application.

Manage user growth by distributing invite codes or allowing users to invite others with codes. The whole gated entry process can be set up and managed through the Cosync Portal.

Impose password requirements on application users when they onboard or change their password to require a minimum length, case, numbers, and special character counts.

Get started for free for up to 5000 users and only pay $1 per month per thousand users as you scale. For enterprise applications contact us about self-hosted JWT deployments.

The RSA standard is sufficiently secure so as not to be cracked through a simple brute force method – it is also the basis for cryptographic signatures with blockchain and all crypto-currencies. Asymmetric RSA encryption is based on a simple concept; if a message is encrypted (or signed) with a private key, that message can only be decrypted with a single public key – in the matching key pair.

In the JWT standard, the payload is in fact not encrypted; the only encrypted piece is the signature which is produced by running an RS256 encryption hash using a private key on the header and the payload of the JWT token. The signature provides proof to the MongoDB App Service instance that the JWT token originated from the CosyncJWT system, and not some malicious third party.

JSON Web Tokens (or JWT) is the secure mechanism through which the CosyncJWT service provides identity management to a MongoDB App Services application. The CosyncJWT service stores a user’s handle and password in an encrypted database. When an application needs to validate the credentials of a user, it defers this task to CosyncJWT.